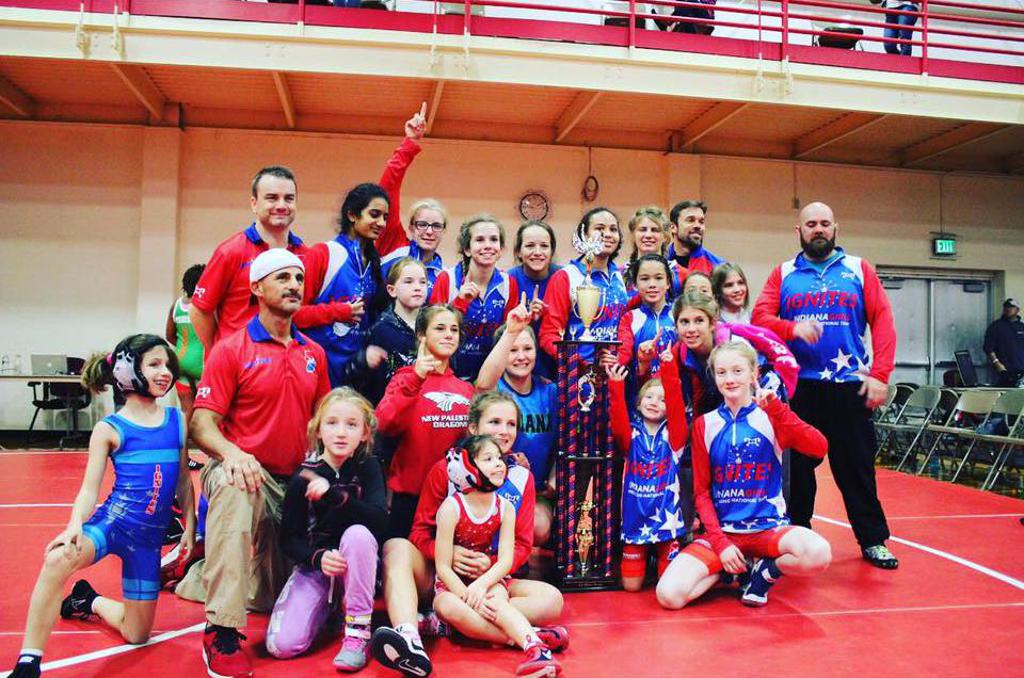 The tournament as a whole was a huge success, bringing together more than 140 girls-- making it the biggest women's wrestling event in Indiana history. Indiana was represented well by filling two teams IGNITES Red/Blue.  IGW girls were equally dominant during the individual tournament on the second day, with nearly all placing high in their divisions:

IGW would like to thank the state's very finest pairing officials, Pat Culp and Pat Van Horn for running the tournament on Trackwrestling. IGW would also like to thank everyone who pitched in and volunteered to make this tournament a huge success, from parents to students, which made the the event possible.

A special thanks is offered to thefamily of Brent Harvey, and to Megan Hurst and Harold Bucher, for pressing forward and sponsoring the Tournament with the War Of The Roses series. Great job everyone and see you next year.